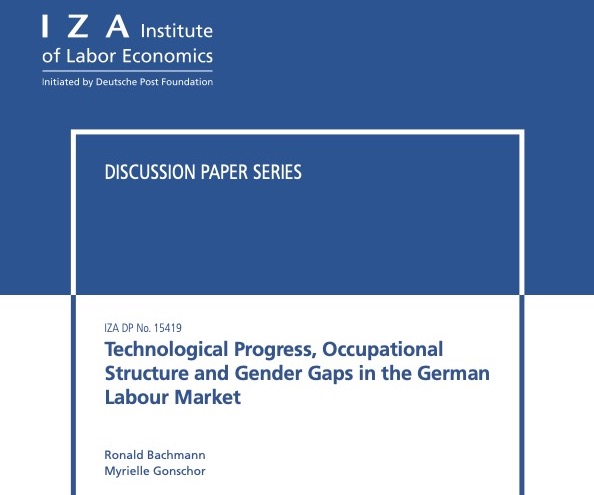 The recent work of UNTANGLED researchers Ronald Bachmann and Myrielle Gonschor on the position of women in the German labour market has been just published in the IZA Institute of Labor Economics Discussion Paper series.

The authors find that the share of women working in high-paying occupations, mainly performing non-routine cognitive jobs, has increased strongly in recent decades. However, their wages have not risen to the degree that would be expected. Even though women work in high-paying occupations, they earn less than their male colleagues in the same positions. The results indicate that technological progress has the potential to benefit women, but this potential is not fully realised.

The article can be downloaded from: https://docs.iza.org/dp15419.pdf