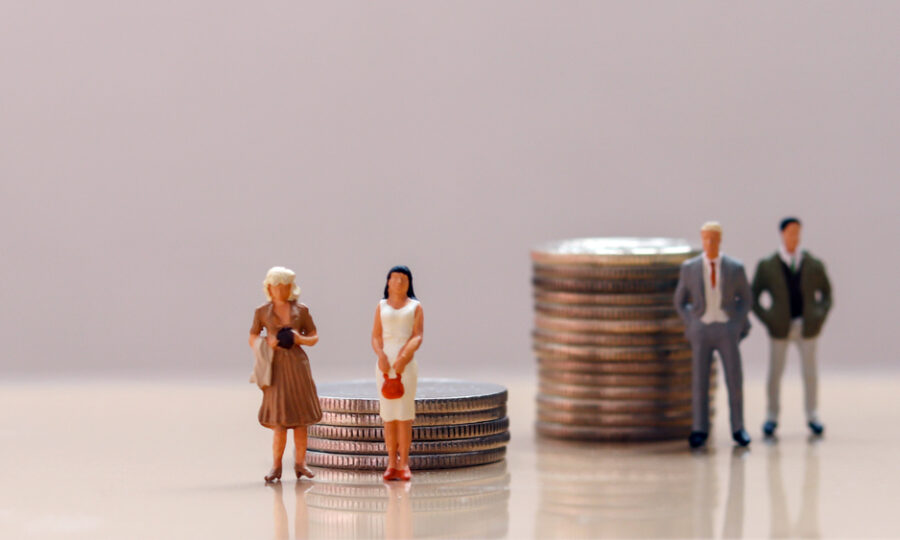 Incentive pay schemes, which an increasing number of companies are adopting to boost performance, generally narrow the gender pay gap, though the effect is absent in companies that invest heavily in technology and intangible assets, a recent study by UNTANGLED researchers Cristiano Perugini and Fabrizio Pompei of the University of Perugia finds.

Incentive pay schemes (IPS) are remuneration policies that tie an employee’s salary to their performance and meeting goals or objectives. Companies adopt these policies to elicit more effort from workers, improving the organisation’s performance. As employers strive to boost productivity, the adoption of IPS intensifies, and because IPS tend to increase intra-firm wage disparities, many scholars and policy makers have feared that their growing popularity may fuel a further widening of gender pay gap.

As part of Project UNTANGLED, which investigates the impact of technology on the labour market, Cristiano Perugini and Fabrizio Pompei compared the wages of men and women in the same company, occupation or position to see whether IPS affect salary disparities. Using data from the Structure of Earning Surveys (SES), they analysed the wages of more than 6 million workers employed in 142,251 companies in Germany, France, Italy, Spain and the UK.

Perugini and Pompei found that female workers, who accounted for 47% of their sample, on average earned 12.5% less than their male counterparts. The firm-level gender gap was the broadest in the UK, at 16% in the UK, and the narrowest in Italy (9.5%). Combining these data with information on adoption of IPS they found that a greater prevalence of IPS in a company narrows the gender pay gap.

“There are a number of factors that can trigger a wage gap, and in our analysis we controlled for their impact,” said Cristiano Perugini. “In companies with performance-based remuneration the pay gap shrinks. This is probably because these companies attract a specific type of female worker, that is women who have similar skills, potential, ambitions to men and who are less constrained by household workloads. At the same time, these employers have better screening and monitoring tools to prevent discrimination.”

Perugini and Pompei also found that the IPS are more often adopted by innovative organisations, where incentivising workers’ performance is vital to success. However, the positive effect of IPS on reducing gender pay gap varies between industries and, as the study finds, is related to the investments in ICT and intangible assets. The gap narrows only in firms that invest less in technology.

The authors point out that more intensive investments in ICT, R&D, and brand development result in unpredictable working time, which make it more difficult for women to reconcile work and household responsibilities and thus reduce their chances to reach their targets. As a result, female employees earn less than their male counterparts.

“Our study shows that it is not the IPS per se that exacerbate gender pay inequality, but the specific technological context in which they are implemented,” Fabrizio Pompei said. “This calls for policy arrangements aimed at changing the allocation across genders of unpaid work, as suggested by the Work-Life Balance Directive.”

The Directive, which EU member states must implement by 2 August 2022, introduces a set of legislative measures to support work-life balance for parents and carers, encourage a more equal sharing of parental leave between men and women and address women’s underrepresentation in the labour market.