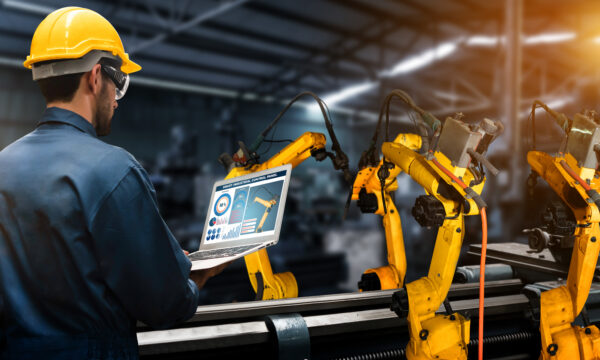 DIGITALISATION IS NOT KILLING JOBS IN EU, ANOTHER UNTANGLED STUDY FINDS

Contrary to popular fears acceleration in digitalisation of European economies is not destroying jobs or slashing the share of labour income in GDP, a recent paper from Project UNTANGLED found. In some cases, investment in new technological advances may even create new positions.

The impact of technology on employment levels has attracted a great deal of attention in recent years and various studies suggested that automation led to job losses. A recent study by Untangled researcher Robert Stehrer of the Vienna Institute for International Economic Studies (wiiw) rebuts these claims.

Stehrer analysed labour data from 27 European economies in the period from 2010 to 2018, using inputs from the EU KLEMS database and national accounts, and found that investments in information and communication technologies (ICT) and in automation did not eliminate jobs or led to a decline in share that labour take in total income.

“The threat of a robocalypse is unfounded, at least in Europe,” Stehrer said. “Overall, the impact of digitalisation on the employment level in Europe is insignificant or even slightly positive. So technology is not killing jobs, and is not driving the labour income share down.”

More detailed analysis shows that certain groups of workers can in fact benefit from digitalisation, as demand for their skills has increased. In particular, middle-aged persons and those with secondary education may benefit.

Stehrer also looked at how different types of investments affect demand for labour and wages. He found that outlays on software and databases increase income, while demand for jobs is also correlated with investments in more traditional asset types, such as transport equipment and other machinery, and non-intangible assets, particularly advertising and market research.