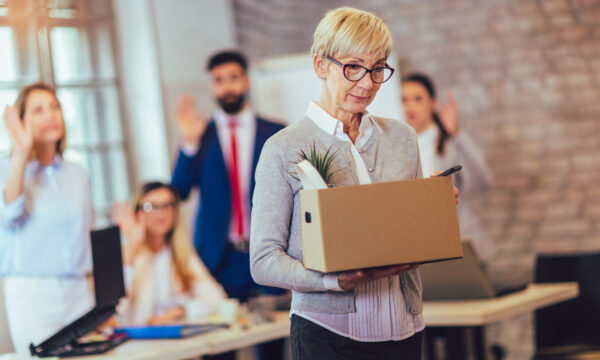 WOMEN OVER 60, MEN AGED 30-49 MOST VULNERABLE TO TECH DISRUPTION IN EUROPE WORKFORCE

Robotisation and adoption of Information and Communication Technologies (ICT) affects demographic groups of European workers differently, a recent paper from Project UNTANGLED found, identifying  women over 60 and men aged 30-49 as being more prone to layoffs than other cohorts

Maciej Albinowski and Piotr Lewandowski of Poland’s Institute for Structural Research (IBS) analysed demographic and industry-level data in 14 European economies between 2010 and 2018, finding that robotisation and ICT have altered the demographic structure of employment in Europe. Among those benefitting from the digital revolution that’s reshaping European economies, young and middle-aged women(20-49 years old) are the biggest winners, the study found.

“We found that technology adoption has significant effects on the employment shares of various demographic groups, while the effects on wages are statistically insignificant,” said Maciej Albinowski. “Investment in ICT played a visibly larger role in explaining changes in the demographic structure of employment in Europe than robot adoption.”

The study’s findings are important for calibrating public policies, including the support for lifelong learning and the design of pension systems, as the digitalisation of European economies accelerates. Thus far little has been known about the impact of technological disruption on various gender and age groups, even as the value of ICT capital per worker in Europe increased by 91% from 2000 to 2019, while robot exposure, measured by the number of industrial robots per 1,000 workers, jumped by 140%.

“The negative effects of ICT investments on older women may be explained by lower IT literacy in this group,” Lewandowski said. “Meanwhile, the negative employment effects of robot adoption are concentrated among men aged 20-49 performing routine manual tasks. Fortunately, the overall effects of technology adoption on men aged 20-29 are neutralized by the fact that they manage to find employment in other types of occupations.”